‘We Are Family’ Concert

This year’s theme is “WE ARE FAMILY”, focusing on the Media Theatre’s family of youth actors, supporters, sponsors, parents, volunteers, and everyone else who assists the theatre in being Delaware County’s only Professional Award-Winning Music Theatre! (The theatre has won 92 Broadway World Awards for ‘Best of Philadelphia Theatre’. Roger Ricker’s annual concert has received two of those awards, for 2017 and 2018 fundraisers.)

During the evening, the annual VOLUNTEER OF THE YEAR AWARD  will be presented to   CAROL SORENSEN for her dedication as Costume Designer for The Media Theatre’s Children’s Shows.

Who knows what else will happen? One thing’s for sure, Ricker will once again play “Do You Know The Lyrics” for lucky members of the audience! 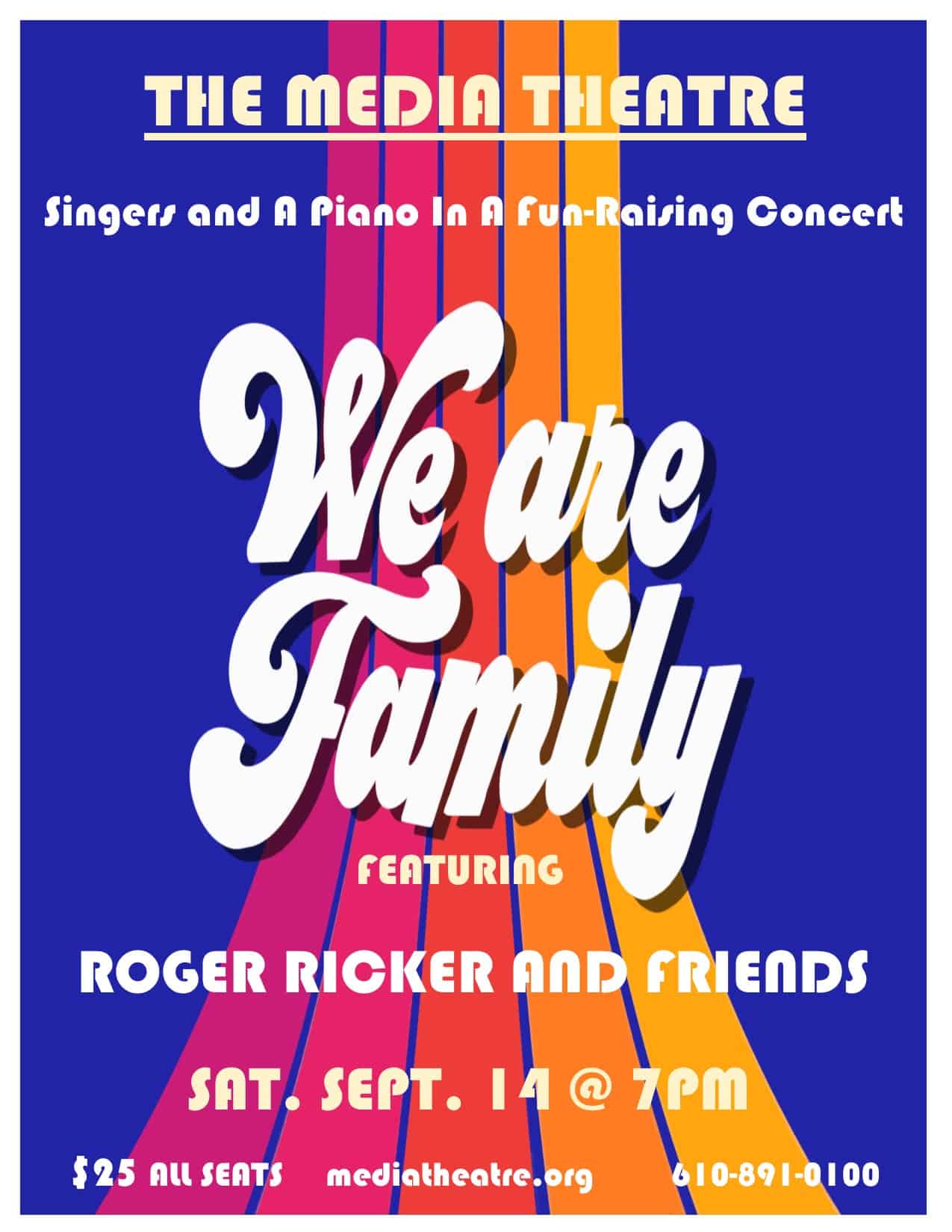